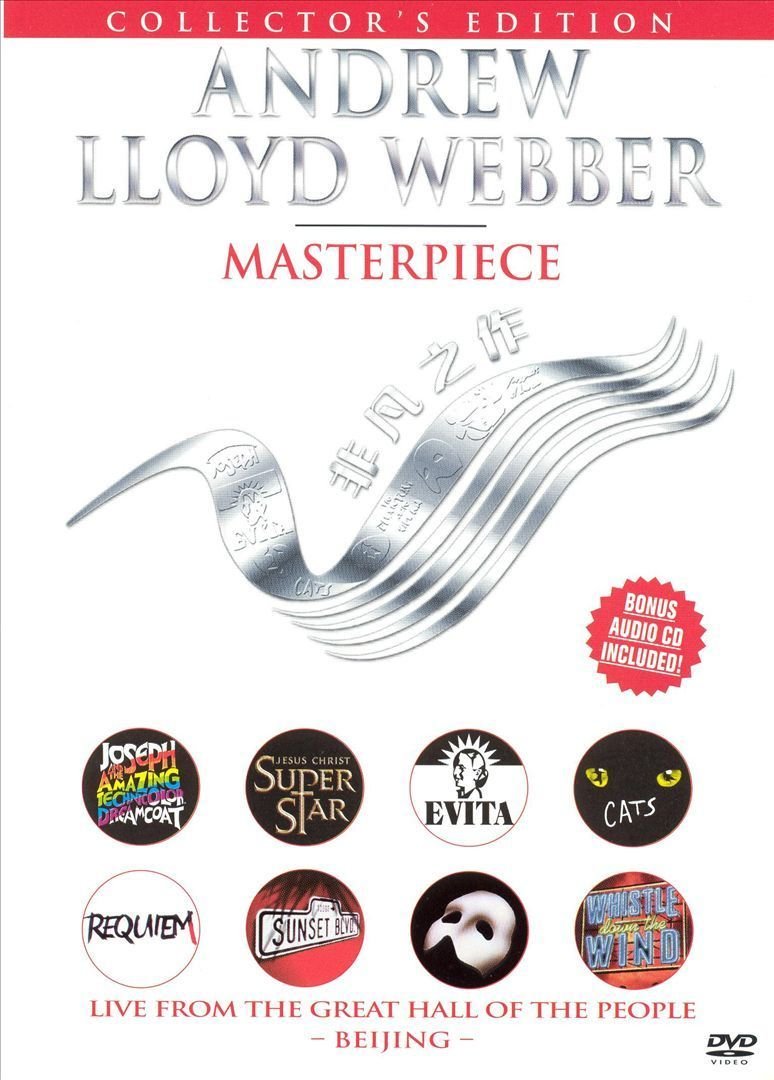 For the first time in China, The Best of Andrew Lloyd Webber is presented in concert as a world-class showcase incorporating the best-known and best-loved songs from Lloyd Webber's internationally acclaimed stage musicals, including The Phantom of the Opera, Cats, Evita, Jesus Christ Superstar, and Sunset Boulevard. This is a hit-driven production, a spectacular event starring Elaine Paige, one of the most established and highly regarded West End and Broadway stars, direct from a year-long sell-out season in the London production of The King and I, and recording sensations Coco Lee and Kris Phillips (Fei Xiang), amongst the most successful artists of their generations. For China Concert Tour 2001, this world-class lineup will be joined by a full company of established performers drawn from the U.K., U.S., and Australia and a 60-piece orchestra led by the renowned Patrick Vacciarello, who has conducted musicals for Lloyd Webber on Broadway and on national tours in the U.S. and Australia.

Tracks: Superstar Overture, Superstar, I Don't Know How to Love Him, Any Dream Will Do, Evita Suite, Buenos Aires, And the Money Kept Rolling In, Don't Cry for Me Argentina, The Heart Is Slow to Learn, Beautiful Game Overture, Let Us Love in Peace, Take That Look Off Your Face, Jellicle Ball, Acidity, Gethsemane, Aspects of Aspects, Love Changes Everything, Pie Jesus, Phantom Overture, Phantom of the Opera Journey, Wishing You Were Somehow Here Again, All I Ask of You, Masquerade, The Music of the Night, Car Chase, Sunset Boulevard, The Perfect Year, As if We Never Said Goodbye, Memory, Friends for Life, No Matter What.

Surprisingly, the concert doesn't name who's singing what, though you should be able to identify the singers once you watch the DVD's substantial (46 minutes) making-of documentary. Better yet, the companion CD included with this DVD (also available separately) offers a performer list for its 13 songs (54 minutes), which you can then apply to the rest of the concert. --David Horiuchi