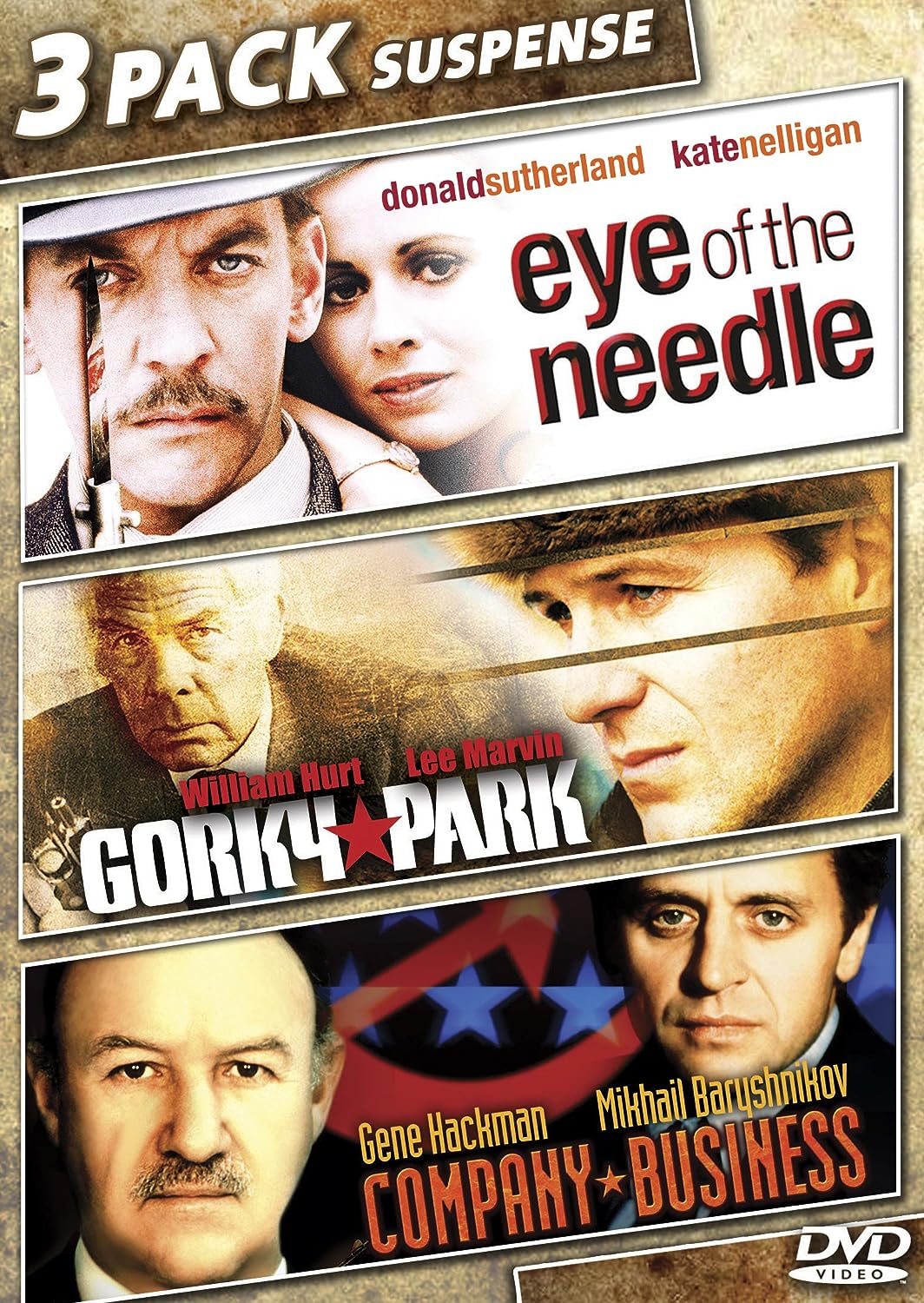 Gorky Park (1983, Rated R, 127 minutes): When three murder victims are discovered in Moscow's Gorky Park, detective Arkady Renko (William Hurt) is determined to identify the bodies and find the killer. The clues point toward involvement not only of the KGB, but also the woman he loves, Irina (Joanna Pacula). Renko will stop at nothing to uncover the truth, even it if means guaranteeing his own destruction... and losing Irina forever. Also starring Lee Marvin and Brian Dennehy.

Eye of the Needle (1981, Rated R, 111 minutes): Englishmen know him as Faber, but to the Fatherland, he's the loyal and lethal spy known as "The Needle." On his way back to Germany, Faber is shipwrecked on an island outpost where he befriends Lucy, a beautiful Englishwoman who lives there with her family. Lonely and scorned by her bitter, crippled husband, Lucy falls for the enigmatic stranger, not knowing that he's a traitor determined to prevent the D-Day invasion. But as their passion erupts, Lucy discovers the brutal truth.

Company Business (1991, Rated PG-13, 114 minutes): When an ex-CIA agent (Gene Hackman) is called out of retirement to escort a Soviet spy, (Mikhail Baryshnikov), to Berlin for a prisoner trade with the Russians, it seems like business as usual. But when the former adversaries realize they've been double-crossed by their own governments, they must work together to uncover and destroy the double operatives within both the CIA and KGB.

Generate more buying requests and expand your reach by showcasing your product offering on our multi-channel platform.

Learn how XPRT Premium can help you generate more leads

Set up your supplier profile to get started.

Source your project needs through our comprehensive catalog of more than 266,312 cleantech solutions from over 36,169 suppliers across the globe.

Try XPRT Sourcing to help you reach the right suppliers.